The dollar is up 4% from its 2021 lows and is among the best performing currencies in the world this year, boosted by last month’s hawkish turn from the Federal Reserve, soaring inflation and the safe haven demand driven by concerns about COVID-19.

Because of the dollar’s central role in the global financial system, its movements spill over into a wide range of asset classes and are closely watched by investors.

For the United States, a period of sustained dollar strength would be a double-edged sword, helping to contain inflation by increasing the purchasing power of the currency while damaging exporters’ balance sheets by making their products less competitive at abroad.

On the other hand, the strength of the dollar would continue to push down currencies such as the euro and the pound, potentially boosting the recovery in these countries.

Some investors believe the dollar – a popular safe haven in times of uncertainty – will rise if the Delta variant of COVID-19 spreads and risk aversion increases in the markets.

Concerns about COVID have already helped the dollar increase its gains against the currencies of countries where the Delta variant proliferates, including the Australian dollar and the British pound. Those gains could fade, however, if coronavirus concerns abate in the coming months.

“We see a lot of risk factors and uncertainty in assets,” said Simon Harvey, senior currency analyst at Monex Europe. Investors are looking at all of this and saying they are going to take refuge in the dollar. “ 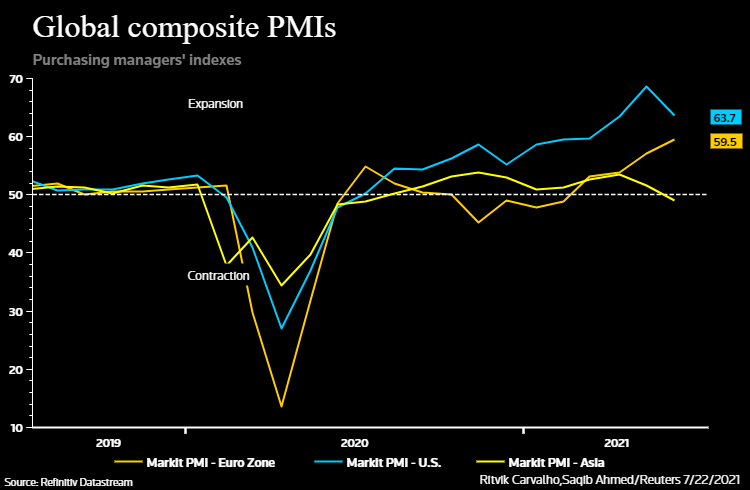 While some investors fear the US rebound will slow down, it still outpaces the rebound seen in Europe and other regions.

This growth gap, exemplified by measures such as stronger growth in the manufacturing sector and inflation, is among the factors putting upward pressure on the dollar, Morgan Stanley’s James Lord said in a recent podcast.

“There are still reasons for the dollar to strengthen as we see more divergence,” he said. 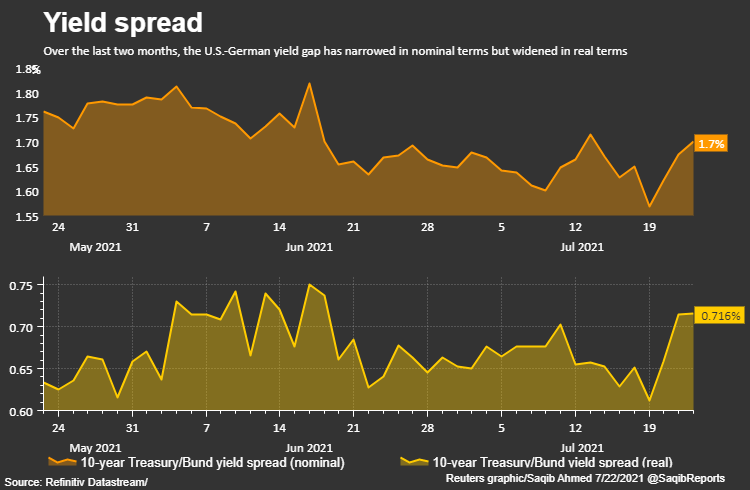 Although Treasury yields have fallen recently, the spread between real yields on US government debt and some foreign bonds has widened, increasing the attractiveness of dollar-denominated assets. Real returns represent the cost of borrowing after deducting the effects of inflation.

The spread between the real yield of 10-year inflation-protected Treasury securities at “constant maturity” and those of their German counterpart, for example, stood at 72 basis points on Thursday night, against 63 basis points. two months ago. 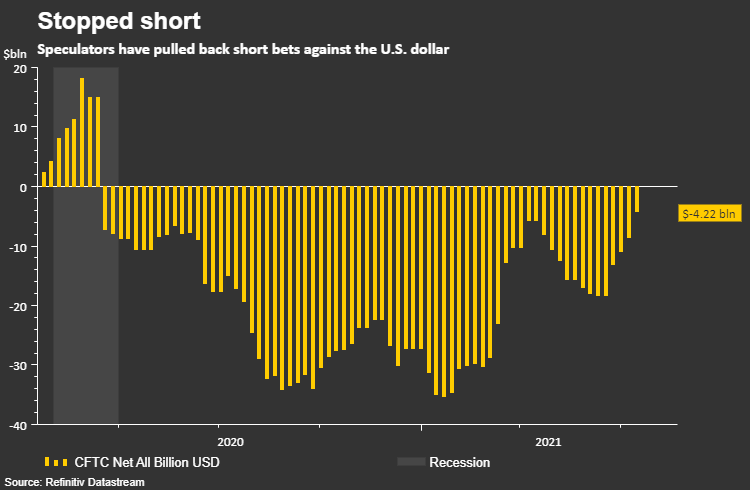 Speculators’ net short positions on the US dollar fell to their lowest level since March 2020 last week, according to Reuters calculations and data from the US Commodity Futures Trading Commission released on July 16.

“The most crowded trade in the world in the first quarter was the short dollar. We definitely suffered a squeeze on the way back,” said Karl Schamotta, chief market strategist at Cambridge Global Payments in Toronto.

Lower bearish sentiment could mean there is less fuel for further dollar gains. At the same time, “the dollar and other currencies tend to overshoot when they correct, both ways,” Schamotta said. 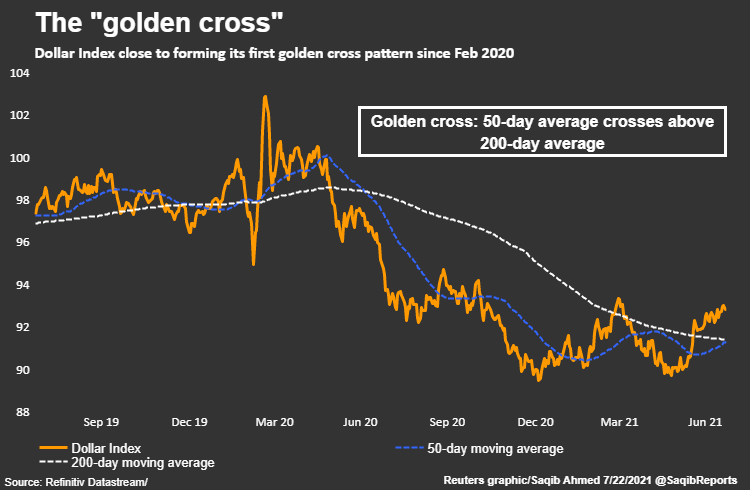