WITH more and more people working from home these days, there is a significant increase in household waste sent to the Batu Maung Waste Transfer Station, especially paper food packaging, containers and plastic bags. plastic.

Kenny Yeoh, director of Eurasia Express Sdn Bhd (EESB) which operates the station, said the increase was due to more people opting for take-out for their meals during the lockdown.

“Now we are seeing an increase in these items as malls, hotels and factories are opened and workers buy their food in paper-based containers and packaging.

A view of the landscaped pond storing treated wastewater at the Batu Maung Waste Transfer Station in Batu Maung, Penang.

“However, we don’t have the data to show the increase because we didn’t separate the waste during the pandemic. We are concerned that he may be contaminated with items such as face masks and gloves that were brought directly to the station. We don’t want our workers to be infected, ”he said.

Yeoh said during MCO 1.0 that there had actually been a 22% drop in daily waste collection from around 760 tonnes to 590 tonnes as most hotels, malls and businesses were closed at the time.

“There was a 6% drop in waste collection during MCO 2.0 and a 5% drop during this containment. However, we received a lot of paper food packaging, containers and plastic bags during this time.

“During the pandemic period, we attach great importance to the standard operating procedure at the station where each truck handling of improved OLS areas should be thoroughly disinfected before leaving the station.

Yeoh said that with 90 of the Penang Island City Council trucks making about 350 trips a day, it was a difficult task for all vehicles to get to the disinfection bay at any given time.

“As such, only trucks going to the lockdown areas are required to visit the disinfection bay.

“Even our 16 main engines that transport waste to the Pulau Burung landfill are disinfected,” he said. 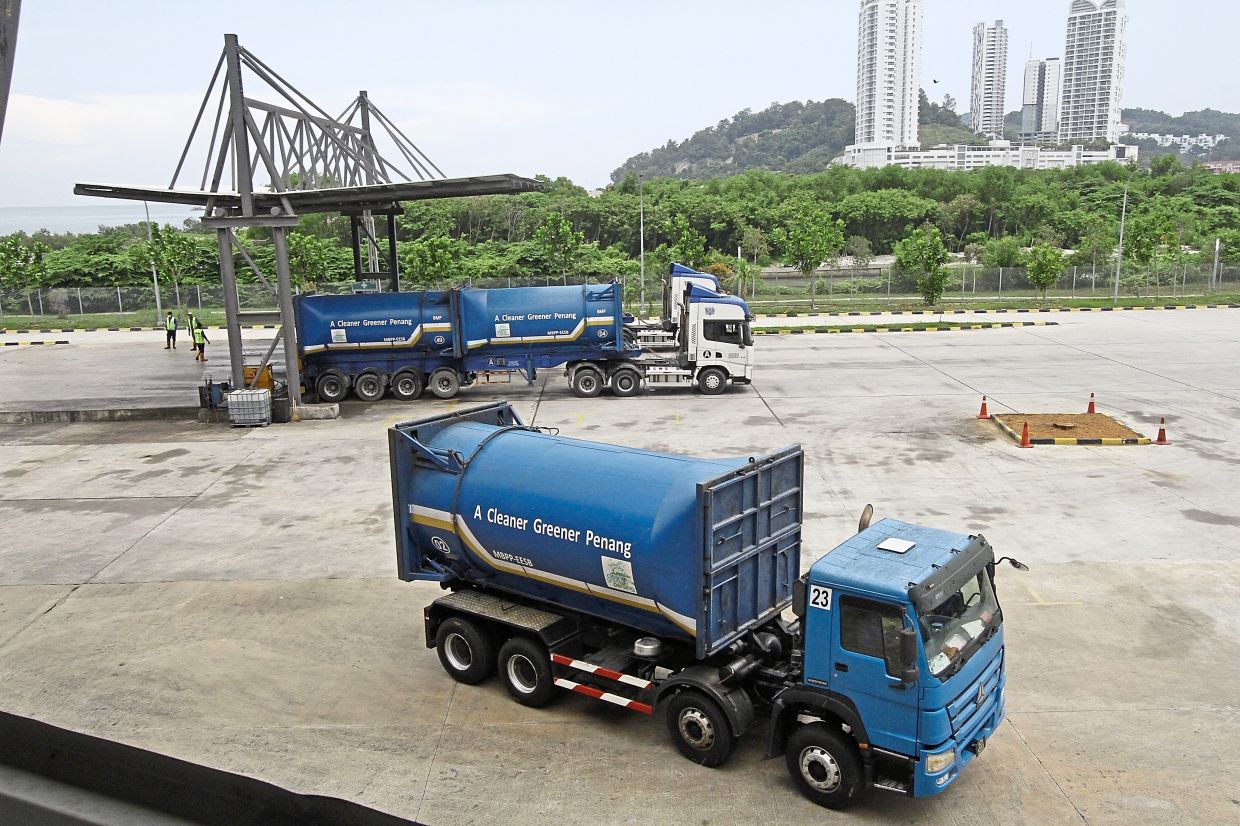 It is the only one of its kind in the country which uses the horizontal compression method. The silo is at the bottom with the hammer at the top, compressing the solid waste.

There is also a food waste recycling project at the station which will be rolled out in two years.